When George W Bush landed at Landvetter Airport in Gothenburg, Sweden, the police surrounded Hvidtfeldtska School in central Gothenburg. The town council had lent out the school for activists and demonstrates for overnight lodgings and meetings in relation to the EU-summit.

More than 500 people were in the premises of the school when the police blocked off the entire area, and eventually arrested a majority of them. It was the 14th of June 2001, the first day of the EU- summit.

One of the 455 activists to be arrested at the school was photographer Nils Petter Löfstedt. The film ”Paragraph 23” is based on photographs taken by him inside the school during the police blocking.

The confrontation at Hvidtfeldtska School led to several arrests and has become a major matter of justice in Sweden. Håkan Jaldung, who was the policeman in command during this confrontation has been prosecuted for unlawful deprivation of liberty, but was found not guilty. 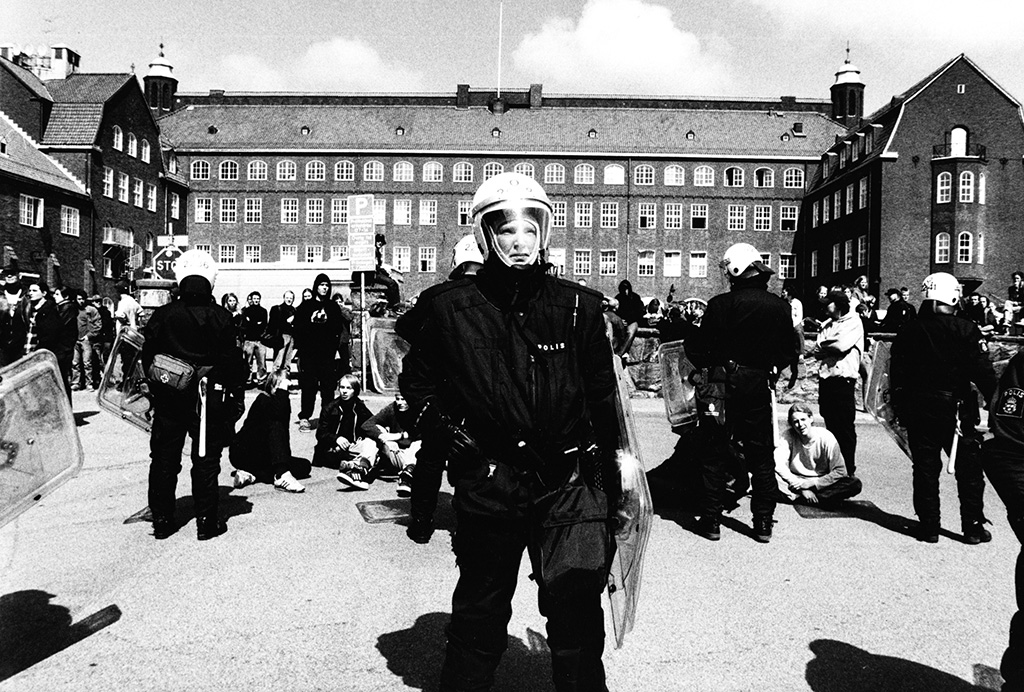